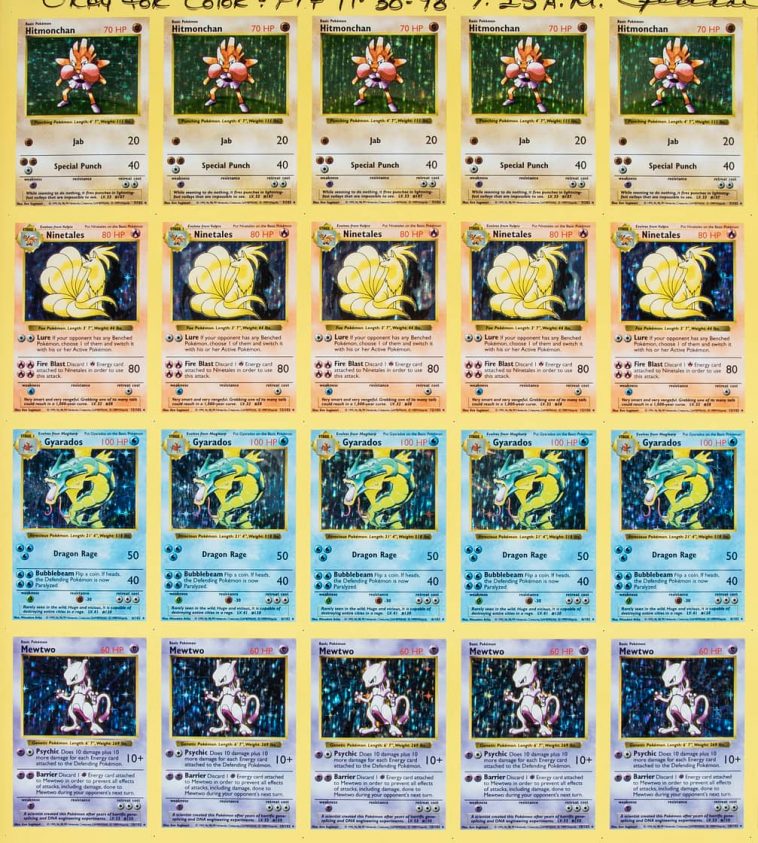 The popular auction house Goldin recently listed an amazing artifact: an uncut sheet of first edition Pokemon cards. The sheet features a variety of cards from the original Pokemon Base Set released in 1999. It should be noted that non-holofoil cards had not yet been introduced at this point in time so every card on this sheet is a holofoil. This piece is also of particular interest because it features handwritten notes along the top suggesting this was likely used as a prototype or a test run.

When trading card games are printed, cards are usually printed onto massive sheets which are later cut and sorted by rarity. Being able to look at an original uncut sheet can provide some speculative insight into the architecture of the game. For example, Machamp constitutes roughly half the sheet which is fairly consistent with his prevalence in the game. By contrast, a card like Blastoise is seen much less often.

Not much is known about the origins of the sheet or who the seller is. While the product has almost certainly been authenticated by the auction house, some sort of disclosure in the actual listing would likely be appreciated by bidders. Goldin also currently has a separate listing for an uncut sheet of Machamp — suggesting that the seller likely had several of these sheets on hand.

The auction ends on February 23rd and has a current bid of $34,000. Such an amazing piece of history would look great in some sort of office or game store. It will be very interesting to see how high the auction runs. 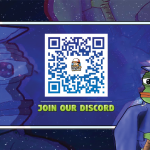 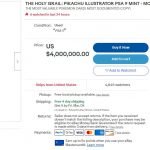