After seeing the success of Kickstarter-funded TCGs like MetaZoo and Flesh & Blood, it did not take long for others to follow suit. A great example of this is Final Redemption — a TCG which managed to raise more than $100,000 on Kickstarter. Similar to most Kickstarter ideas, no part of the project had actually existed yet. It was just some ideas and concept art.

Devin Miner, the creator of the Kickstarter, was actually quite transparent about this fact — and this likely put many of the backers at ease. I suppose it’s not that strange after all. If someone had the capital to fund their idea, they wouldn’t start a Kickstarter — right?

Well, it wasn’t long before things took a turn for the worst. Some clever folks had discovered that the concept artwork used in the Kickstarter project was not unique. The designs of the cards were actually generic templates which could be purchased online by anyone. To make things even worse, not even the characters of the game were unique! These were also publicly-available assets which could be purchased by anyone — and actually had been purchased several times before by God knows how many other people.

The whole thing seemed phony. Not even the concept art was real.

In what I assume was an attempt to reconcile this nuclear disaster, Devin Miner had suddenly cancelled the Kickstarter which resulted in a full refund being issued to all backers. According to Miner, there had been a disagreement between himself and his team of developers which prompted the decision.

This Kickstarter is a pretty good example of how blinded people are by the speculative craze kicked off by Pokemon. It’s really not much different from the host of worthless IPOs and SPACs being sold in the financial markets. Absolutely no part of this project was real and it managed to raise more than six figures in funding.

Now, that isn’t to say the project was never going to be real. It’s entirely possible the creator had good intentions. I think it’s more likely that the Kickstarter was largely started as an experiment but rapidly grew out of control. Who knows. The moral of this story is to be careful — both as a consumer and as a developer. Things can get out of control quickly. 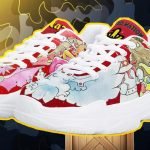