Just when you thought the Pokemon ‘stimmy check’ hype-cycle was long over, a new record-breaking auction just proved all of us wrong. Considered by many to be the holy grail of Pokemon cards, records show that a Pikachu Illustrator sold for an astonishing $900,000 in auction last week.

Originally issued as a prize for an illustration contest back in 1998, it is believed that only 41 of these cards were ever issued. It’s unclear how many of them are actually in marketable condition. Atsuko Nishida, the artist behind the original design of Pikachu, was also the one who drew this amazing card which likely lends itself to the high asking price.

This is not the first time Pikachu Illustrator has made headlines. Exactly one year ago, a very comparable card sold for a whopping $375,000. Back in 2019, the same card also sold for $195,000. Back in 2016, it sold for $74,000. The meteoric rise in valuation for this specific card is actually proving to be a great proxy for the broader Pokemon market.

This begs the question: will we see cards selling for a million dollars soon? At the current pace, it seems almost inevitable. An especially rare version of the Pikachu Illustrator card is currently listed on eBay at an asking price of $4,000,000. The seller isn’t even accepting offers — suggesting that the asking price is firm. 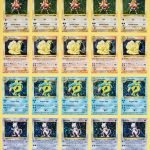 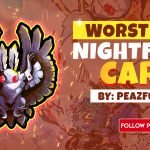