Earlier this week, the infamous Gary Haase, also known as Gary King or “King Pokemon” or “King MetaZoo”, was spotted in a livestream introducing MetaZoo to Logan Paul and his team. In the event that you were perhaps living under a rock for the last several years, Logan Paul is a popular YouTuber who is best known for his unabashed loyalty to the Pokemon brand. He is considered to be an influential figure in the trading card game community and many speculate his outspoken love for the brand is partly what fueled Pokemon’s meteoric rise.

Gary is no newcomer to the industry either. His presence in the space has been highly publicized and the man is best known for having the world’s largest Pokemon collection (valued around $10 million). For all intents and purposes, he is viewed as a massive resource in the community and has sold cards to Logan Paul before.

Gary’s exact connection to MetaZoo is not fully understood but it is known he was brought on earlier in the year as a Cryptid Correspondent which seems to be a marketing role of sorts.

Needless to say, Logan Paul’s potential interest in MetaZoo paints an extremely positive outlook for the brand. MetaZoo’s founders, Michael Waddell and Steve Aoki, are absolute pros when it comes to maintaining a pulse on the TCG industry and Paul’s influence would undeniably be massive.

Personally, I don’t think Logan Paul will need much persuasion. MetaZoo is one of the most legitimate trading card game brands to ever emerge from the Kickstarter world and their efforts to dethrone Pokemon have not gone unnoticed. 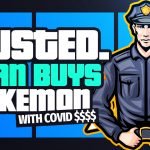 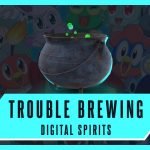